You’d like to read about Marina Gerner, so here we go: Marina is an award-winning feature writer and editor based in London.

She writes about books and visual arts, as well as finance and tech. Her range of expertise has led to Marina being called “a Renaissance woman of the modern age” by The New York Times a friend.

Her work (which is to say my work, since I’m writing this text and just pretending not to) has been published in: The Economist’s 1843, Guardian, FT, Wired, the TLS, Times/ Sunday Times’ Raconteur, the i, MoneyWeek, Standpoint, Jewish Chronicle and the Wall Street Journal. She has been a guest speaker on the BBC World Service.

Right now she is a freelance feature writer. Previously she was a contributing editor at the i newspaper and at MoneyWeek. Before that she was a staff writer at Money Observer, where she wrote a column called “Marina’s Imaginary Millions.” She’s part of Women in Journalism, where she is a mentor.

Like all good hacks, she has a few awards to her name. In 2018, she won the h100 Young Critic of the Year Award for her “witty and incisive” column on the ironies of ideology and Russian revolution art. In 2016, she won the National Financial Journalist Newcomer of the Year Santander Media Award “with glowing praise from the judges who liked her critical edge, hands on advice and depth of research”. She was shortlisted for a Headline Money Award, two Unbiased Media Awards and highly commended at the British Journalism Awards (Business Sustainability category).

When she’s not writing, she’s teaching on the MA Journalism and a BA course on social media and visual culture at Birkbeck College, University of London.

In 2015, she completed her PhD on cosmopolitanism at the London School of Economics, where she taught Masters students and gave lectures on the MSc Global Media and International Journalism Summer School.

In 2014, she was a visiting scholar at Columbia University’s Sociology Department and Journalism School in New York.

Her essay on consciousness (and a thought experiment called the “knowledge argument” by the philosopher Frank Jackson) was published as a chapter in the Ultimate Guide to the Philosophy of Mind in February 2020.

This year, Marina has been chosen as one of 40 Emerging Writers at the London Library, where Charles Dickens, Virginia Woolf, Isaiah Berlin and Agatha Christie were members.

If you think all of this sounds impressive, rest assured that her list of rejections and failures is much longer than the list of achievements you see here.

She was born in the Soviet Union, and grew up in Germany and the UK. 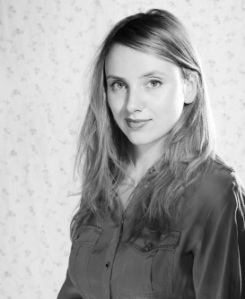